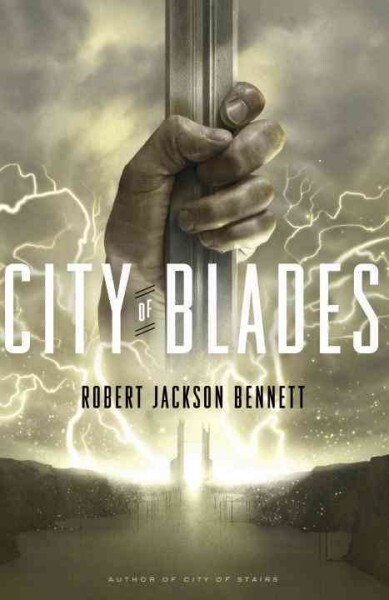 A generation ago, the city of Voortyashtan was the stronghold of the god of war and death, the birthplace of fearsome supernatural sentinels who killed and subjugated millions. Now, the city's god is dead. The city itself lies in ruins. And to its new military occupiers, the once-powerful capital is a wasteland of sectarian violence and bloody uprisings. So it makes perfect sense that General Turyin Mulaghesh—foul-mouthed hero of the battle of Bulikov, rumored war criminal, ally of an embattled Prime Minister—has been exiled there to count down the days until she can draw her pension and be forgotten. At least, it makes the perfect cover story"